Get Your FREE GUIDE NOW

The saying “If you fail to plan… then plan to fail” is never truer than when you are buying or selling one of the largest investments you make.

We have put together the best comprehensive guides for you, whether a first time home 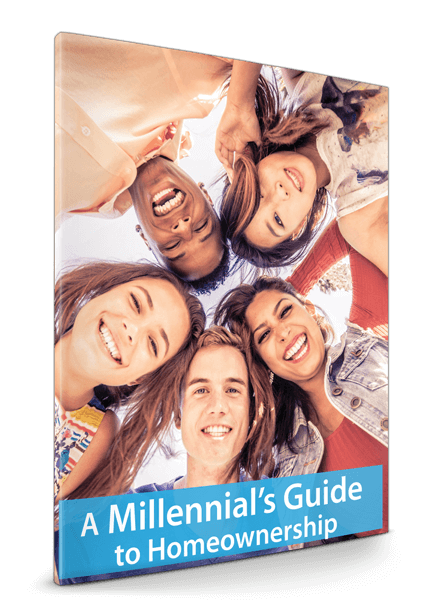 buyer, a buyer who has purchased more than one home in the past or someone who is planning to sell now or in the near future. They are to help educate and to inform you & our clients about things to consider when making your next move. We update these guides 4 times a year so you have up to date information because “Keeping Current Matters”!

A Millennial’s Guide to Homeownership

The “Millennial Guide” is a content-packed guide that offers our clients info to simply and effectively explain the market’s current homeownership opportunities to a booming demographic that often finds itself stuck in the “rental trap” for renters.

Super Charge Your Search for Properties that are FOR SALE and FOR RENT!

Step into the future of real estate and supercharge your smartphone with the best property info now. Download the Millions Mapped App Click Here

Wondering what the rental prices are in an area? You can quickly see when you pull up the downloaded Millions Mapped App and filter for both homes for sale and rental properties in the area too!

Thinking about putting your home on the market? See your competition in the palm of your hand! Get up to the minute real estate and rental data -look now longer.

Wow…James & Patricia, down the street, just put their home on the market! I wonder what they are asking for their home… Now in the palm of your hands, open your Millions Mapped App and you can get this information!

Keeping current matters in the real estate market, whether buying, investing, selling or simply a homeowner you can have this information in the palm of your hands! Download the FREE app now you don’t want to miss out.

If you are debating purchasing a home right now, you are probably getting a lot of advice. Though your friends and family will have your best interest at heart, they may not be fully aware of your needs and what is currently happening in the real estate market.

Ask yourself the following 3 questions to help determine if now is a good time for you to buy in today’s market.

1. Why am I buying a home in the first place?

This is truly the most important question to answer. Forget the finances for a minute. Why did you even begin to consider purchasing a home? For most, the reason has nothing to do with money.

For example, a survey by Braun showed that over 75% of parents say “their child’s education is an important part of the search for a new home.”

This survey supports a study by the Joint Center for Housing Studies at Harvard University which revealed that the top four reasons Americans buy a home have nothing to do with money. They are:

What does owning a home mean to you? What non-financial benefits will you and your family gain from owning a home? The answer to that question should be the biggest reason you decide to purchase or not.

2. Where are home values headed?

According to the latest Existing Home Sales Report from the National Association of Realtors (NAR), the median price of homes sold in December (the latest data available) was $232,200, up 4.0% from last year. This increase also marks the 58th consecutive month with year-over-year gains.

What does that mean to you?

Simply put, with prices increasing each month, it might cost you more if you wait until next year to buy. Your down payment will also need to be higher in order to account for the higher price of the home you wish to buy.

3. Where are mortgage interest rates headed?

A buyer must be concerned about more than just prices. The ‘long-term cost’ of a home can be dramatically impacted by even a small increase in mortgage rates.

The Mortgage Bankers Association (MBA), the National Association of Realtors, and Fannie Mae have all projected that mortgage interest rates will increase over the next twelve months, as you can see in the chart below:

Only you and your family will know for certain if now is the right time to purchase a home. Answering these questions will help you make that decision.

The final walk through is a buyers chance to ensure all negotiation obligations have been met and nothing is our of sorts before closing on escrow.

Optimally, if the buyer has had a home inspection, the inspection company provided them with the items of concern and these items have been addressed in the negotiations in the earlier stages of the buying process.

The walk-through is usually done as close to the closing date as possible. It is the responsibility of the buyer(s) to be there. If this is impossible, then someone, other than the agent, must be there on their behalf. During the walk-thru the buyer will be checking to see that the property is in the same “condition” as it was when the home was being shown. ie. no holes in the walls, no flooded bathroom, etc..If there were any agreed upon repairs,  they have been made and can be verified and checked at this time. Also, any personal property that was to remain at the property per the negotiations and contract/addenda(s) are as expected.

The following is a partial list of suggested items that should be checked during your “walk-through”.

Please understand this is your time to insure your new home is in substantially the same condition as it was when you agreed to purchase it, and that the heating, cooling, plumbing, electrical, etc. systems are all operational. You need to be satisfied now because issues found after settlement will not be the sellers responsibility.

CHECKLIST     NOTE: This is not intended to be a complete list!

Inspect ceilings, walls, floors now that they are barren. Turn on and off every light switch, test all outlets, appliances and even the garage door opener. Check around all visible piping for leaks or cracks. Run sink and tub water. Flush toilets. Open and close all the windows-check for broken panes. Test all of the appliances. Check that the doors work properly. Try out the garbage disposal and any exhaust fans. Test the heating and air conditions

Normally your agent has informed you about this day and will be providing a form that will acknowledge you have inspected the property and found it either to be in  satisfactory condition with all systems operational and left as expected and that the home is still acceptable in it’s “as-is” condition or it is not in satisfactory condition and you wish to negotiate a financial arrangement to correct the item(s) in order to facilitate closing as scheduled.

Let’s hope all parties involved have done their part per the contract, the home is left in the conditions expected and its now time to head to the title company to sign the documents that will allow the buyer to become the new homeowners!

Many people wonder whether they should hire a real estate professional to assist them in buying their dream home or if they should first try to go it on their own. In today’s market: you need an experienced professional!

The field of real estate is loaded with land mines. You need a true expert to guide you through the dangerous pitfalls that currently exist. Finding a home that is priced appropriately and ready for you to move in to can be tricky. An agent listens to your wants and needs, and can sift through the homes that do not fit within the parameters of your “dream home.”

A great agent will also have relationships with mortgage professionals and other experts that you will need in securing your dream home.

You Need a Skilled Negotiator

In today’s market, hiring a talented negotiator could save you thousands, perhaps tens of thousands of dollars. Each step of the way – from the original offer, to the possible renegotiation of that offer after a home inspection, to the possible cancellation of the deal based on a troubled appraisal – you need someone who can keep the deal together until it closes.

Famous sayings become famous because they are true. You get what you pay for. Just like a good accountant or a good attorney, a good agent will save you money…not cost you money.

This is great news for homebuyers who are dealing with rising prices due to a low inventory of homes for sale in many areas of the country. Freddie Mac expressed their optimism for the rates to remain low throughout the spring in a recent blog post:

“We expect mortgage interest rates to stay well under 4% as we head into the heart of the spring homebuying season. We’re predicting it to be the best one in 10 years, which should provide even greater opportunities for first-time homebuyers.”

Below is a chart of the weekly average rates in 2016, according to Freddie Mac.

Rates have again fallen to historic lows yet many experts still expect them to increase in 2016. One thing we know for sure is that, according to Freddie Mac, current rates are the best they have been since last April.

“Since the start of February, mortgage rates have varied within a narrow range providing an extended period for house hunters to take advantage of historically low rates.”

If you are thinking of buying your first home or moving up to your ultimate dream home, now is a great time to get a sensational rate on your mortgage.

With home prices expected to appreciate by over 5% this year, some are beginning to worry about a new housing bubble forming. Warren Buffet addressed this issue last week in an article by Fortune Magazine. He simply explained:

“I don’t see a nationwide bubble in real estate right now at all.”

Later, when questioned whether real estate and/or mortgaging could present the same challenges for the economy as they did in 2008, Buffet said:

“I don’t think we will have a repeat of that.”

What factors are driving home prices up?

It is easily explained by the theory of supply and demand. There is a lack of housing inventory for sale while demand for that inventory is very strong. According to a recentsurvey of agents by the National Association of Realtors (NAR), buyer traffic was seen as either “strong” or “very strong” in 44 of the 50 states (the exceptions being: Alaska, Wyoming, North Dakota, West Virginia, Connecticut and Delaware).

Also, in NAR’s latest Pending Home Sales Report, it was revealed that the index was the highest it has been in a year.

What does the future bring?

As prices rise, more families will have increased equity in their homes which will enable them to put their home on the market. As more listings come to market, price increases should slow to more normal levels.

“Home price gains have clearly been a driving force in building positive equity for homeowners. Longer term, we anticipate a better balance of supply and demand in many markets which will help sustain healthy & affordable home values into the future.”